Push Past the Limitation with Four-in-One Design

Powerful 360° smart video conference device
Kandao Meeting Pro is a three-in-one "panoramic camera + omni-directional microphone + high-fidelity speaker“ 360 conference camera, besides that, it has a stand-alone operation system, to virtualize a four-in-one design, and with advancing audio and video intelligent AI algorithm, it turns out with two working ways​. The quality of speaker and microphone has be fully upgraded, it is excellent in receiving and delivering voice, with up to 5.5 meters radius coverage, its covered space is almost 2 times larger than the previous generation did.

Kandao Meeting Pro provides a variety of network connection methods including wired and wireless, users can choose the best deployment method according to the situation of the meeting room. 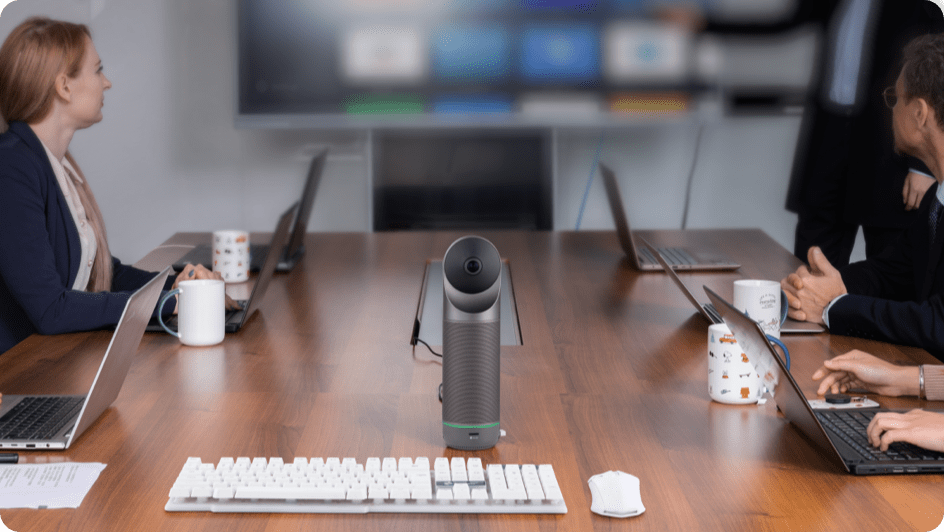